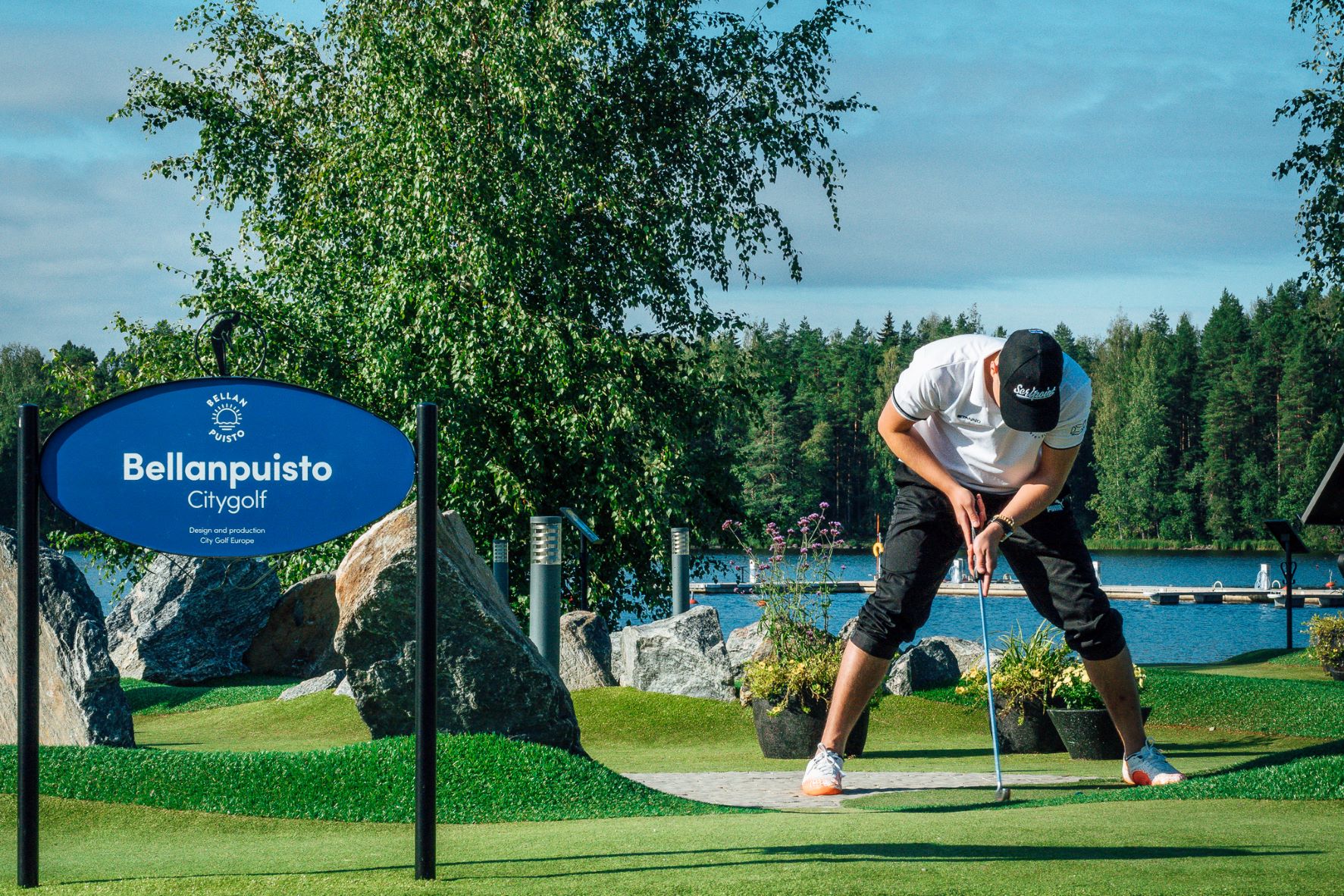 World Adventure Golf Masters 2022 will be held in Bellanpuisto, Kuopio
June 17-19th.  Altogether 84 players from 12 countries will compete for the trophies. Sweden, the WAGM 2019 team category winner, participates with a full 12 player team.

During the two past years, top Finnish players have competed in Finnish Adventure Golf Masters hosted by Bellanpuisto. Successful arrangements, large variety of services and a beautiful location by the Lake Kallavesi made a very positive impression on the players and also to Mr. Pasi Aho, WMF Vice President Sport.

WAGM 2022 is organized together by Kuopio Adventure Golf Club and Finnish Minigolf Association.

”World Minigolf Sport Federation and minigolf players around the world are eagerly looking forward to compete and meet each other after two years break.

The conditions in Bellanpuisto are world class and we are impressed by the great work of the organizing committee. In appr. one months time the world’s best minigolf players can enjoy the great event which the local team has built for us”, explains Tournament Director, Mr. Pasi Aho, WMF Vice President Sport.

Top players from all over the world

Strong minigolf countries such as Sweden, USA and Czech Republic are among the favorites. Finland will have a full 12 player team and they aim to score high. The Finnish team, likewise Sweden, will publish the players after Finnish Adventure Golf Masters, which takes place in Bellanpuisto May 14-15, 2022.

Three rounds will be played on Friday June 17th and Saturday June 18th starting at 8 o’clock. The last seventh round of each category will be played on Sunday June 19. Best 18 Super Final players and mixed pairs compete as well on Sunday. Maximum number of players per country is 12; the amount of youth players is not restricted.

Opening ceremony takes place at Kuopio City Hall on Wednesday June 15, and the closing ceremony at Saana on Sunday June 19.

WAGM is free for public, there is also a live stream on YouTube on Sunday June 19.